Sitting in my office and dreaming of Derbyshire—

Check out the beautiful photos of Derbyshire on my Derbyshire photos page. This is my view today at Seba Beach, Beautiful, but cold- minus 27 degrees at sunrise today.

I was fortunate to find a website called Derbyshire and Proud, where some great photos are shown of the place of my birth.  Books one and two take place in this beautiful part of England. 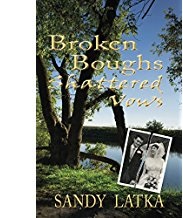 The trilogy now spans over 150 years, beginning in Derbyshire, England and ending in Alberta, Canada.

Writing the last book, which is written as a memoir, gave me cause to reflect on the many changes that I have seen in my 74 years.  I now take for granted that I can be in constant video and verbal communication with my family wherever I am in the world. In my youth, we had no telephone other than a phone booth several blocks away. Money was scarce and telephones cost money, so most communication was by mail, and certainly not instant.

I can now press a button and remotely start my vehicle, which has heated and air conditioned seats for my every comfort. Our first vehicle was a 1947 ford van, which we had to crank the handle in order to start it. Not only did it lack heated seats and such, but every time it rained the roof leaked. On many occasions, it required to be parked on a hill, so that we could push it before it would finally cough and splutter to a start.

Inventions since the beginning of Twisted Trees are far too numerous to mention, but such things as the first air flight, diesel engines, televisions, computers and even the lowly mousetrap were yet to be invented. I mention all of this because I have to admit that until I wrote Broken Boughs, Shattered Vows, I really had not realized just how many changes that I had seen even in my lifetime.

The three book set tells the story of the descendants of the “Freeman” and “Lambert” families, who were united by marriage, when Spencer Freeman became a widower after his young wife’s death. Star was the love of his life and died shortly after giving birth to her seventh child. Spencer eventually remarried to a widow who also had seven children, and when three sets of step-siblings intermarry, the saga begins. Mary Lambert was a scheming and cruel step-mother whose ambition knew no bounds and caused so much grief. Polly Freeman was the fifth of seven children, and the series is based on the life of this incredible woman, who I am proud to claim as my grandmother.

This begins in 1861, and although published as a work of fiction, it follows Polly’s recollections as closely as possible.  Names and places have been changed in some cases to respect the anonymity of certain characters. It tells of Polly’s amazing love of family, and her eventual escape from an abusive marriage to her step-brother. Most of all, it is a testament to a mother’s love and her fight to regain custody of her children.

This begins in 1934, and follows the family through to 1965. It is mainly Mattie’s story. Mattie is the eldest daughter of Polly and her step–brother Lance, and certainly a Lambert, through and through. Her numerous affairs and hedonistic ways have consequences for many.  Mattie does not have the cruel streak of her father, and beneath her brash and sassy exterior, there really does beat a kind heart, although it is several years before this becomes evident. Sandra is born in 1943, and that is where I enter the story, as the only child of Mattie. Branches ends in 1965, when my husband, Mike and I, together with our infant son, Martin, set sail across the Atlantic Ocean for a new life in Canada.

This begins in 1965 as we embark upon a life-changing journey to a new country. It is written as a memoir and tells of some of our experiences, both good and bad, when family from England decide to follow in our footsteps and also immigrate to Canada. Mike was my anchor for over twenty years until my life changed so irreversibly.  Life is never predictable and when I break my marriage vows I have to reflect on all my past judgements of Mattie.

As some of the boughs break from our family tree, new branches are growing on Canadian soil.

At last, after many months of frustration, I now have my audiobook available through Amazon.com, Amazon.ca, Audible, and I-tunes. It really was something that I could not give up on. I had made a promise to my granddaughter, who is vision impaired, that I would make the book available in an audio format.  It is my goal to make it available to other people who have challenges reading a conventional hard copy or digital book.

Now the hard work of finding the appropriate social media channels to achieve the best sales results begins. I am not very social media savvy, and welcome any tips from authors who have had success in this area.

Another step forwards in my goal to make my audio book available on line. My contact at Authors Republic has been amazing, and I received an e-mail today to tell me that the audio file, which I submitted, meets all of their requirements. They have sent my audio file to ACX and I am now awaiting their response. I will keep you all posted on the progress.

Posted in uncategorized | Leave a comment
Posted on May 28, 2016 by Sandy Latka

Authors Republic is a new avenue that I am exploring to try and get my already produced audio file of Twisted Trees submitted to various distributors. It has been a frustrating journey since September 2015, after producing a high quality audio file through Wolf Willow Studios, to find that ACX can not deal with Canadian citizens. (They were my original contact, who provided the specifications required for production) Fingers crossed- I may get this available as an audio book in the near future.

Attended Conference 2016 at The Shatford Centre-Okanagan School of the Arts,  in Penticton, B.C.

Amazing learning experience, and the opportunity to meet some great writers and publishers. 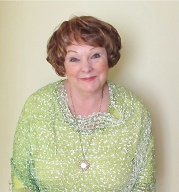